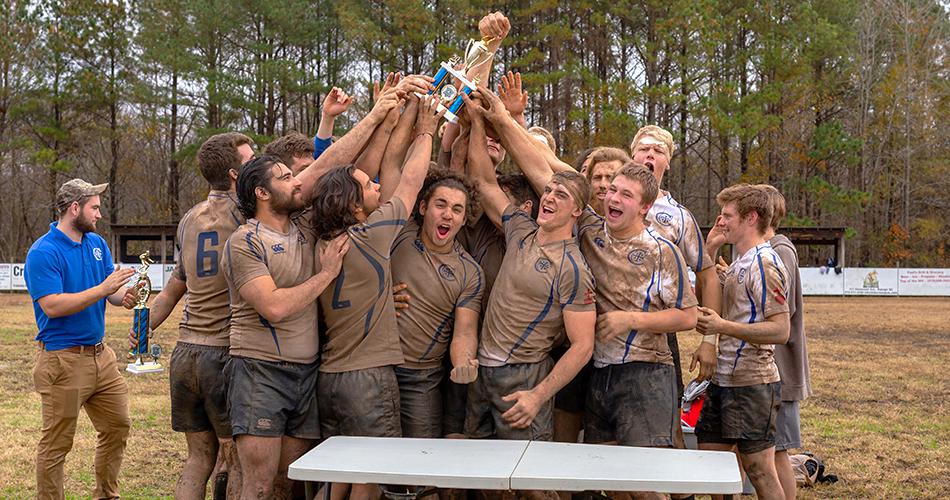 The top squad is Christendom College (Front Royal, Virginia), which finished the season with a 9-0 record and received five first place votes.

In the previous poll, Christendom was ranked #3, but thanks to a dominant performance in the 2018 NSCRO Men’s 15s Mid-Atlantic South Region Championship in Raleigh, North Carolina the weekend of December 2nd and 3rd, the Crusaders jumped two spots.  Christendom defeated then-#6 Loyola University Maryland in the semifinal 23-7, and then-#4 The Catholic University of America in the final, 43-24.

The NSCRO Coaches Poll for Men's Clubs was conducted weekly throughout the 2018 regular season using a panel of head coaches from NSCRO schools. The panel of coaches represents all four NSCRO regions. Each coach submits a Top 25 with a first-place vote worth 25 points, second place 24, and so on down to 1 point for 25th place. The final fall weekly poll was expanded from 25 to 30 to reflect all the final coaches’ votes. The full rankings are as follows: