Teamwork 101: Building a Collegiate Rugby Program from the Ground Up 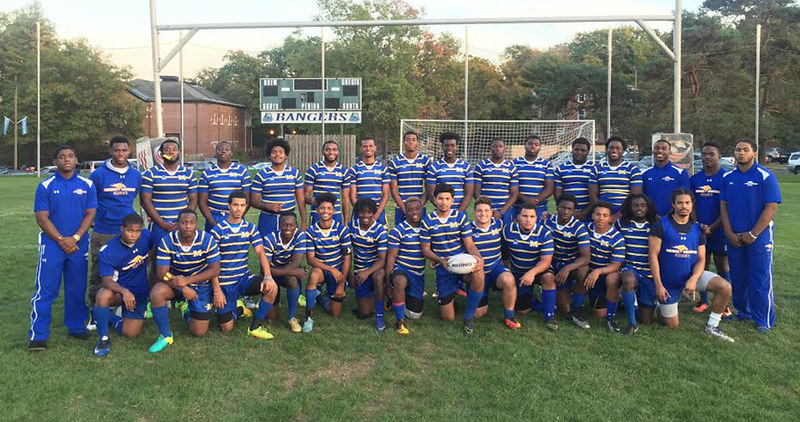 It’s not often that a coach gets offered the opportunity to build a collegiate sports program from the ground up, and by doing so, truly imprint his or her standards for student-athletes’ success on and off the pitch.

Fortunately for me, I was among those chosen to do so.

“I want it done properly,” explained Athletic Director Luis Melendez in my first meeting with him at Monroe College in New York. It was a statement that I would gratefully hear again and again from college administrators. Monroe had built an impressive roster of 16 men’s and women’s teams across nine sports, and was eager to join the steadily increasing number of colleges across the country offering a program in the world’s fastest-growing spectator sport -- rugby.

Four months following that initial meeting, rugby is now a successful club program at Monroe. The Mustangs just concluded their first season, and the college is now in the planning stages to introduce a Women’s team next fall. Getting here took a great deal of focus, patience, and perseverance, particularly as our bench was filled with a number of talented students that, while clearly possessing many relevant athletic skills and talents, had never played the game before.

That said, my eyes were wide open when I accepted Monroe’s offer last July to come on board to get a Men’s program up and running for the Fall season. Recruiting 30 suitable players to participate in the NSCRO Tri-State Conference in just a month would be a challenge. There was clearly no going it alone. Partnerships with key stakeholders inside and outside the college would be critically important and a key priority, starting with Monroe’s Athletics and Admissions teams.

Being new to collegiate athletics, I first had to understand the admissions process and the unique challenges of student-athletes before hoping to be effective in recruiting. Equally important, the college community itself was largely new to rugby, so there was a two-way need for learning. Educating colleagues and working through some misperception about collegiate-level rugby were essential in ultimately legitimizing our cause.

Our vision was simple to articulate, but harder to execute: create an environment that could rival other traditional college sports. It was a tall order. However, we had the full support of Stephen Jerome, the college’s president, as well as its executive vice president, Marc Jerome, and the aforementioned Athletic Director Luis Melendez. Their critical endorsements ensured that our rugby students would receive the same level of academic, athletic, and personal support provided to those in the varsity sports on campus. The head of Admissions, Craig Patrick, helped bring the rugby program to the college, and remains one of our most ardent internal champions. The value of these internal partnerships to a nascent program like ours cannot be overstated.

With the college community on board, I looked outside to potential partners who could help us build our program. I immediately set out to develop relationships with established local organizations such as Play Rugby USA and New York’s Public School Athletic League to provide a pathway opportunity for rugby players to continue their passion and play the game at a local college.

Working with our Admissions team, we sought out promising local high school football players and track athletes around New York who were unable to find opportunities in their chosen sport, but had the requisite skills and determination to learn and play rugby. The opportunity to join the program appealed to many interested in the college experience as a student-athlete.

Our message to students, parents, and high school coaches was clear: although not a varsity program, we are a serious rugby program and only want serious athletes. Ours was not the right program for someone merely looking for an extracurricular activity to counter the rigors of academic work. The program was structured accordingly. Athletic trainers attended all our matches and events, and we had full access to in-house athletic training staff and the use of the varsity gym for strength and conditioning (S&C) work, plus a supportive budget that amply covered travel, equipment, and uniforms enabling the program to effectively brand itself appropriately. 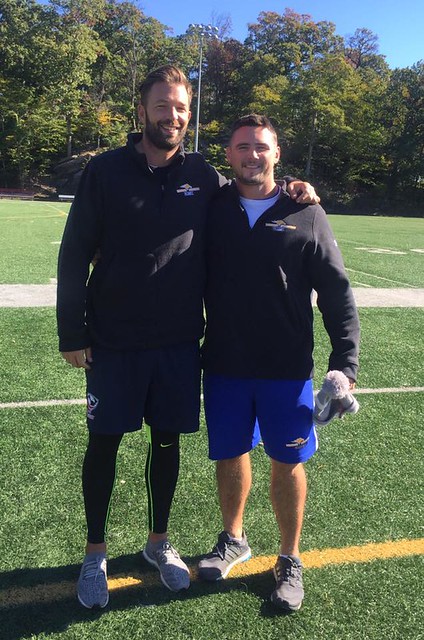 Having the college’s administrative and financial support also enabled us to develop a comprehensive rugby coaching staff to oversee the program’s launch. PRO Rugby Ohio’s Dylan Fawsitt from Ireland joined to give our players additional high-level coaching, and the college’s S&C Coach Martin Sanchez worked closely with students to help them better understand injury prevention.

Off the field, our student-athletes have weekly one-on-one mentoring sessions as well as weekly squad study sessions to provide them with the academic foundations needed to maintain a well-balanced student lifestyle. Athletics works closely with those in charge of academic affairs at the college to make sure that our student-athletes get the full advantage of a Monroe education and to discuss any players that might be struggling to keep up with the demands of their coursework and rugby responsibilities. Monroe has an exceptional program in place to make sure its students remain on track with their studies, and an early-intervention process to help them course-correct when signs of academic struggles appear.

It’s an exciting time for rugby at Monroe College as we continue to expand the Mustang program. With our first season now behind us, we are looking ahead to adding a second team to our Men’s program and launching our first Women’s program this upcoming fall. The rugby itself is the fun part, but prioritizing behaviors and expectations will be key for our continued growth and sustainability.

It’s a challenge my coaching staff and I gladly accept.