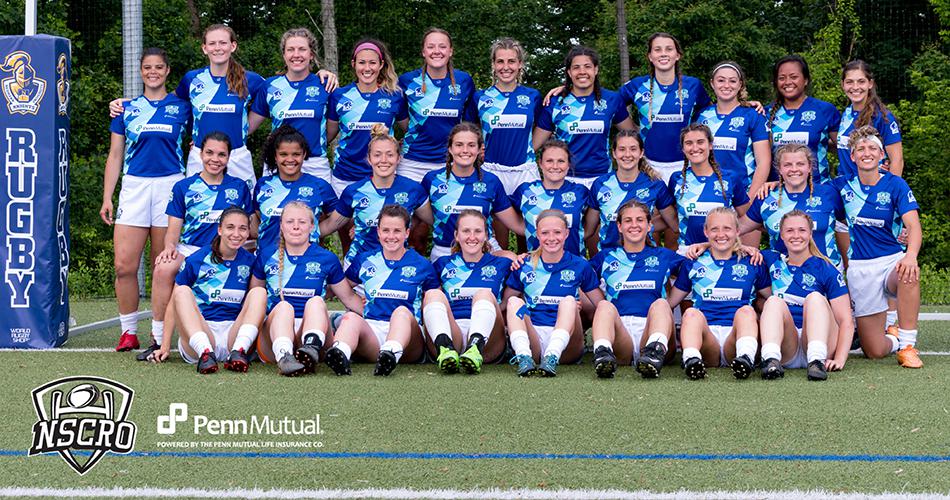 The following article was written by Jackie Finlan and is reprinted with express permission from The Rugby Breakdown.

When the National Small College Rugby Organization (NSCRO) created its all-star 7s program, the call for its 15s counterpart immediately sounded. Women’s Commissioner Bryn Chivers wanted to build momentum for all-stars, generally, and then introduce select-side 15s in 2020, but then a unique opportunity expedited the launch date.

“I find that we cannot create situations where we have programs that are exclusive to certain body types and certain types of players,” Chivers said of the value of 15s. “There’s been a rise in 7s – and that’s great. It grows the game. But you have to have something where the bigger players, the forwards, can play.”

After a couple of years of the NSCRO All-Star 7s Championship, the conferences became familiar with the existence and process of all-stars. And all of those leagues play 15s, so finding the personnel for a larger all-star squad wasn’t the main issue.

“What’s holding us back is that select side programs out there are geared toward 7s,” Chivers looked toward potential competition. ”The dissolution of the [National All-Star Competition] and U23 programs – with the exception of the Midwest – there aren’t many people playing 15s. We didn’t want an event where we play a team that no one knows. We couldn’t enter a social tournament and play in something that held no weight. It needed to be meaningful.”

That’s where the USA U20s come in. The age-grade program is competing in the July U20 Tri-Nations Cup in England and needed a venue in early June for a training camp. Chivers had secured Neumann University for the week after the CRC 7s, anticipating a 15s assembly and eased the logistical concerns for 7s players and staff who were staying on. The two entities connected and agreed upon a two-game series.

“It is the absolute best way to launch a program,” Chivers said. “And I have to thank the USA staff for what they did and trusting that we could challenge them to some degree, and trust that we could help them in their preparation for an international tour.”

With that, the planning began, and Chivers reunited with Jeff Noe as co-head coach for the 15s program. The duo was up front with player invitations.

“In initial conversations, we let them know what we were doing and who we were going against,” the coach said. “To accept the invite was to accept the challenge.”

The plan was to have the entire CRC 7s group – which only had two new players to the all-star pool – stay on for the 15s camp and then have another 18 join in Philadelphia to fill out the assembly. Several forwards came from the Las Vegas Invitational squads, and a player nomination and talent search identified the remainder of the squad.

“The whole idea is that we’re not resting on our laurels and always looking for new players. We don’t want the program to be for existing players,” Chivers considered the whole all-star program. “That gets tiresome. You want it to change and to get more coaches sending us more players. We want a different lot next year. Yes, players will carry over, hopefully, but there are no favorites. You’ve got to earn your invite.”

On Sunday, 28 players reported to Neumann University, as two had returned home after sustaining injuries at the CRC. Day one was meetings and goal-setting, and then Monday and Tuesday were two-a-days. A fifth training session Wednesday morning preceded two matches against the USA U20s.

“We did a lot of fascinating things,” Chivers considered the strides made over five practices. “Two women had never played 15s before and a third started playing rugby in January. At least three in the pack had never been forwards, and two had never been in the front row. … You recognize – this is it – and then you give a crash course and get ready.”

This level of competition brings together players who are, typically, the best players on their home team. So all-star allows them to experience positions for which they are better suited, at least for the higher levels.

“I see why your coach plays you at inside center: You’re 5’8, 180 lbs., a great athlete who can run through NSCRO teams,” Chivers recounted one conversation in particular. “But it’s not going to happen if you go on. But what if the Collegiate All-Americans are looking for a 5’8”, 180 lb. mobile loosehead prop? Why not play there now and let them see you run around? Then it’s just a little more technical instruction in the scrum.”

One might presume that it’s tough to convince a center into the tight five, but Chivers disagreed.

“Two backs came out and realized they were slower than the backs we had, and they asked to be moved to the forwards, because they could contribute their athleticism there,” the coach countered. “Zoe Cockinos of Salve Regina had been in the centers and played flanker for us. She really had a great event and is a natural flanker. Same with Janiese Pope from East Stroudsburg, who wanted to have a run with the forwards and made great contributions.”

The staff was crucial in keeping the team focused and united, and Chivers lauded the effort of those coaches who were present for both the CRCs and 15s assembly. Athletic Trainer Brianna Woodworth, a veteran of NSCRO tours, was on for the whole trip, as was Catholic Memorial High’s Alex Glorioso, the manager. Eckerd’s Mike Geibel, Rochester’s Meredith Pyke, and Franklin & Marshall’s Ashley Letten dedicated long hours as well. 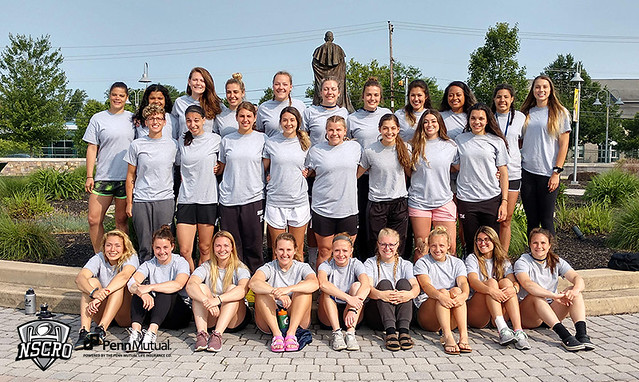 Bringing it all together was Brook Hoesing from Wayne State College. The center served as CRC 7s and 15s captain.

“She did everything you want from a captain on a select side,” Chivers praised. “There were times when she was doing the administration or translating what the coaches wanted into a language that the players could digest. She asked the team to raise their standard and led by example. She also didn’t let them get away with sitting with [home team] teammates. ... You have such a short time for team building and you need the woman next to you have your back, so you have to spend your time getting to know your teammates, not not the players you already know.”

The scrum was not an issue, but the USA U20s won both games as expected: 67-7 on Wednesday and 65-5 on Thursday. USA wing Clara Lemal-Brown exposed a speed mismatch out wide, scoring five tries in game two, but if NSCRO had an answer out wide, Chivers said the result would have been a little closer.

“The most exciting thing that came of this was that we asked them to do something that nobody in their right mind would bite off. We didn’t ask them to play against a DI, DII or DIII opponent; we asked them to play against the USA U20 team in preparation for an international competition,” Chivers said. “They had to rise levels above where they play at home, and the big takeaway is: They did. They were great games.”

The fact that the NSCRO all-stars were helping a USA side ready for international competition was an important note, and also a luxury that both Chivers and co-head coach Jeff Noe would have loved when they served as national team coaches. Going forward will be about creating more visibility for 15s all-stars until it finds its home in the crowded rugby calendar.

“As we continue to build the [all-star] 7s and still build all of our conference 7s, we have to maybe work on some inter-conference 15s,” Chivers said. “We need to ask conferences – Hey, you’ve had 7s for a couple of years now, how do you feel about playing an NSCRO 15s team [from another region]?”

“Even if we can’t offer a championship – which is way down the road – at least we can start a feeder for this program,” Chivers said, ever-moving.