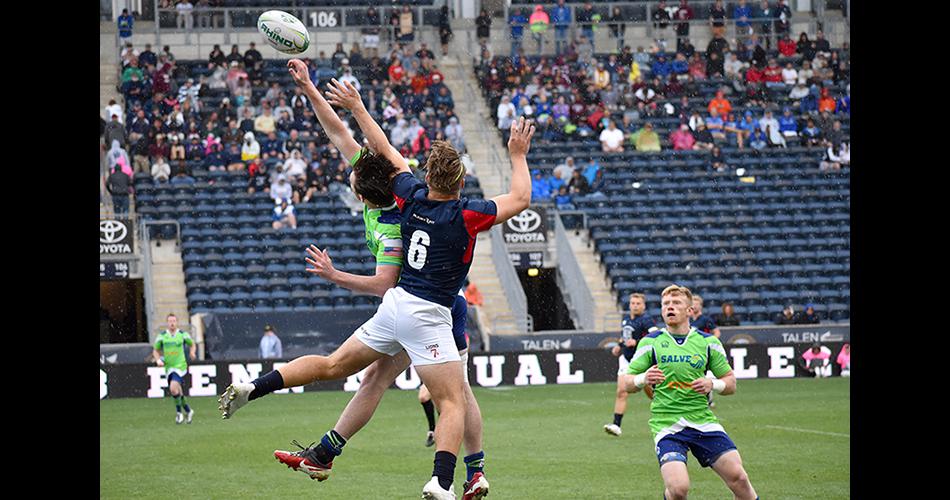 The Claremont Colleges from southern California will be back to defend their title and try to be the second men’s team to win both the 15s and 7s NSCRO National Championships in the same year. The Lions won the 2019 NSCRO National 15s Championship last month which was held at Siena College in Loudonville, NY. Only New England College has won the ‘double’.

The path to repeat will not be easy for the Lions. The competition is loaded with both talent and experience. New Mexico Highlands University who won back to back championships (2015, 2016) and Christendom College, the 2017 champion, are back. Then, there is the University of Wisconsin- Stevens Point who was the third-place finisher in 2017 and Susquehanna University making their 6th appearance in seven years which included a third-place finish in 2016. A strong Loyola University Maryland team is making their debut appearance, along with newcomers Thomas More University from Kentucky and the University of Denver, the winner of the NSCRO 7s qualifier at the Las Vegas Invitational to round out the field.

It will be a weekend of great college rugby 7s and even better if you are there in person! CRC details are at https://www.sevensrugby.com/.

You can save 50% on ticket cost and support NSCRO at the same time by purchasing your tickets at http://bit.ly/NSCRO-Penn-Mutual-CRC2019.